Each sound that a dog makes can be caused by different needs, emotions, or feelings, you just have to pay attention to the sound, to know what is going through your mind.
Our dogs have many ways of expressing themselves, and in addition to their body language, the movement of the tail, their ears, their facial expressions, they have another more powerful tool to communicate with us and it is the sounds they make which include growls, whining In short… All those sounds they make are used to communicate something to us.

The sounds a dog makes:

1. Growling – You may think of a growling dog as aggressive, but that’s not always the case. Dogs often growl out of fear. They may grunt because they are scared of something that will happen (for example, when cutting their nails), or because they are uncertain (for example, if a stranger enters the house). They also grunt if they are protecting their resources (such as food and toys), or when they are in pain. Keep in mind that growling can mean that your dog is having fun, such as when he is playing with other dogs or chewing on a bone.

2. Complaining, crying, and moaning – It can indicate emotional distress or pain. Whining, crying, and moaning can also mean several different things. Your puppy could be saying that he needs or wants something, like food or attention. Stressed, scared, or in pain dogs also whine. There is another possibility that you may not have considered: your dog may make these types of sounds like an apology after you have scolded him.

3. Low, guttural noises – Like humans, dogs growl from time to time, making low, guttural noises that generally indicate happiness. For example, when your dog sits on the bed and growls, he expresses relief, joy, satisfaction, or serenity. Puppies, in particular, growl a lot, usually while eating, sleeping, being petted, or snuggling. However, growling can be an involuntary action, for example when the animal sleeps, or as a cause for concern. When a puppy growls excessively, it can indicate pain, discomfort, or illness, and should be taken to the vet as soon as possible.

4. Strange squawking sounds called reverse sneezes – Does your dog ever make strange sounds like a combination of dry cough, nausea, squawk, snort, and hiccups all in one? They are known as reverse sneezing. And while it can be alarming, it is generally not serious at all.
These short-lived episodes are usually caused by spasms caused by irritation of the dog’s throat and soft palate. Other causes include mites, eating or drinking, pulling on a leash, excitement, foreign objects in the throat, viruses, environmental irritants, and allergies. If your dog does this often, you must take him to the vet.

5. Coughing – If your dog coughs from time to time, it’s perfectly normal. However, if the cough becomes persistent, it could be a serious problem, such as kennel cough, distemper, heart disease, fungal infection, heartworms, lung problems, or congestive heart failure.

6. Howling – Does your dog like to howl at the moon? This sound can mean many things. Wolves and wild dogs howl to tell other members of their pack where they are. In that case, your pet could be howling to guide you back home. She could also be marking territory and urging other dogs not to approach. Other explanations for howling are anxiety, response to other environmental noises (for example, a fire engine siren), alerting its master, or attracting attention.

Read more: Why is My Dog Shaking?

7. Noise in their sleep – When your dog barks, whines, or growls while he’s sleeping, it’s probably because he’s dreaming. Science suggests that canine brains go through similar stages of electrical activity while they sleep as human brains, making them perfectly capable of dreaming. Sounds, muscle contractions, and rapid eye movements indicate that your puppy is in REM sleep.

8. Sneezing – Sneezing now and then isn’t indicative of anything serious, but it could be cause for concern if the dog can’t seem to stop. Causes of sneezing include irritants, such as smoke or dirt; nasal mites, which can overwhelm the immune system; a sinus infection, which could be a sign of canine flu; sinusitis and rhinitis, when the nasal passage or nose is inflamed; and tumors, such as carcinomas and sarcomas. If your dog sneezes repeatedly, take him to the vet.

9. Snoring – It may seem adorable for your dog to snore in his sleep, but it’s a cause for concern if the snoring is too loud and frequent. Certain breeds with short snouts are predisposed to snoring, such as pugs, English bulldogs, and Shih Tzus. But even if snoring is normal for your dog, you have to be alert for possible problems. Your dog could be snoring due to something as simple as his position or an allergic reaction to dust or smoke. More serious causes include sleep apnea, excess weight, hypothyroidism, or a dental abscess that blocks the nasal passages.

Read more: How Often do You Walk Your Dog? 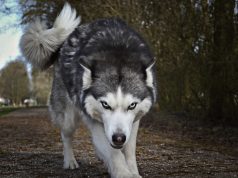 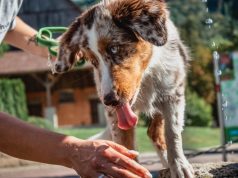 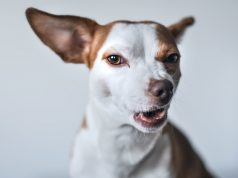 How to Get a Service Dog?

How Often do You Walk Your Dog?