40 years go a long way, and Star Wars has been full of curiosities and anecdotes that were left behind the cameras. When George Lucas gave birth to the galactic franchise, he had in mind to create one of the greatest franchises in all of history. His ambitions were endless, and while it is true that he was not without support after the premiere of “American Graffiti”, his originality dazzled everyone. Many of the elements and races that we know today were born from small details, like the following story that we have for the character Chewbacca which led Star Wars to be what it is today. The Star Wars Celebration is helping Lucas get naked before the fans and reveal some of these anecdotes, among which is the origin of the well-known Wookiees. When “A New Hope” was released in 1977, one of the things that attracted the most attention was this furry breed with the appearance of a dog and a bear. Chewbacca quickly became one of the saga’s most recognizable and beloved characters, and it was then that theories about his actual origin began to emerge. The origin of the character of Chewbacca within the canon was already detailed in the prequels, however, the birth of the concept of his race has a much more anecdotal history, specifically doggy. And it is that George Lucas has confirmed the rumored origin of Chewbacca during one of the panels of the event, so now you’ll know how George Lucas’ dog inspired the character.

Read more: What kind of dog should I get?

He had a dog named Indiana, a malamute, an Alaskan malamute, who kept circling in the car and around the seats. He wasn’t driving, but Lucas loved that picture. When he sat in the car, the dog was bigger than he was. That’s the moment when he said, ‘He would be a fun character for Star Wars. This was the beginning of the era of the most loveable character Chewbacca on the screens.

The most curious thing about all this revelation is that Lucas’s dog was called Indiana, which is a clear reference and inspiration to the Spielberg saga. In “Indiana Jones and the Last Crusade,” Henry Jones Sr. explained to Henry Jones Jr. that he had named his dog Indiana. Later on, you could even see him, and indeed, it was a malamute.

In addition, the director also explained that his intention towards Chewbacca and his companions the Wookiees was very different, assuring that “originally the Wookiees were going to be what the Ewoks became, but then I realized that I had to eliminate them in the end. from the movie. I decided to save one and make him co-pilot. “

His decision was the most successful since after four decades the dear friend of Kashyyyk has become a hallmark of Star Wars. 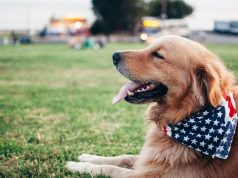 How Heavy Should my Dog be? 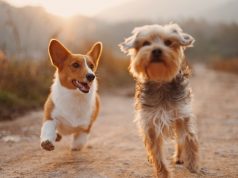 What Kind of Dog Should I Get? 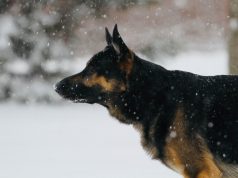 Why do Dogs Get Diarrhea?