Can I go on holiday to America with a criminal record from Ireland?

Let’s start with a simple question: Are you a citizen of Ireland and have a criminal record?

If yes, you may not be granted permission to land afoot in America, depending on the type of the record and its seriousness, and no matter where you come from. You actually might be considered as a risk for the country and the government will decline your application for an ESTA or any other kind of visa. And all this applies to every country, not just Ireland.

There are some things you need to do if your criminal conviction has been made in Ireland.

First of all, you are going to be required to obtain an Irish Police Certificate that has been issued within six months of the date of your visa interview at the embassy. Then you need to apply to the Garda Siochana station and the certificate will include the applicant’s name, date of birth, and home address. Тхе personal information will be attached along with the details of any criminal records.

All the details provided in the Irish Police Certificate will be given on a review by the US embassy to decide whether the conviction is going to prevent the authorities from issuing the visa.

Can you go to America with a criminal record?

In the previous article, we have discussed moving to America and settlement costs… There were a lot of things that needed to be clarified on that subject. But, since you want to make that big change, there are some others you need to get informed of in case you have a criminal record. No matter if you are off to America just for a holiday, or starting a new life there are regulations and specifics that we are about to discuss. Is it even possible? Is there something you can do about it?

Can you visit New York with a criminal record?

On the other hand, as we mentioned above the ESTA can be obtained with a criminal record depending on the nature of the crime, the age of the offender at the time it was committed, and the date it occurred. The ESTA eligibility questions cover various circumstances of the applicant’s history. These questions are intended to reveal potential security risks. Whether you are travelling to New York or another state there are two most discussed eligibility questions on the ESTA form are related to arrests and convictions involving an attack on morals. An offence against morality is considered morally depraved or vile behaviour that goes against accepted norms and the opinion of a community. Those two questions are as follows:

“Have you ever been arrested or convicted of a crime that caused serious damage to property or another person or government authority?”

This question refers to criminal convictions and arrests for crimes that caused serious damage to property or another person or government authority. These are examples of what is considered serious, but there may be more:

“Have you ever violated any laws related to the possession, use, or distribution of illegal drugs?”

This question is clearer as it specifies whether a law related to the possession, use, or distribution of illegal drugs has been violated. However, some cross-border discrepancies can complicate the applicant’s responses.

Whether you are granted an ESTA or visa will depend entirely on the details of your criminal history. Here are some examples of minor crimes, with which you can travel to the United States and thus request and fill out the ESTA form without any problem:

Having committed these minor crimes once will not be a sufficient reason for the denial of entry into the country. However, the fact that you have committed these crimes repeatedly will be reason enough to deny you entry or to reject your visa or ESTA.

By contrast, drug convictions are a crime for which you will most likely be denied entry to the United States.

There are certain crimes, considered moral turpitude, for which you will not be able to request an ESTA authorization, your entry into the country will be automatically denied, among them are the cases of:

In either case, you will get a denial of entry as a result. In those cases, applicants should consider applying for a conventional tourist visa, rather than an ESTA visa waiver. 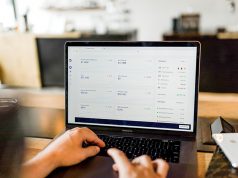 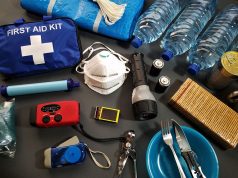